Mother of one Genevieve Nnaji is reportedly raking her millions from a real estate business which she has invested in. For those waiting to see Nollywood actress Genevieve Nnaji on the screen, we are sad to announce to you that the queen many not be coming back any time soon as she has found herself a new love.

Her new business interest according to a top Nollywood source is real estate. The actress has partnered with a top real estate firm in Abuja to develop a new estate which is now her number one source of income. Rumours have it that the 39 year old woman who had a brief romance with eccentric singer, Dbanj is making millions of naira from her new business venture. 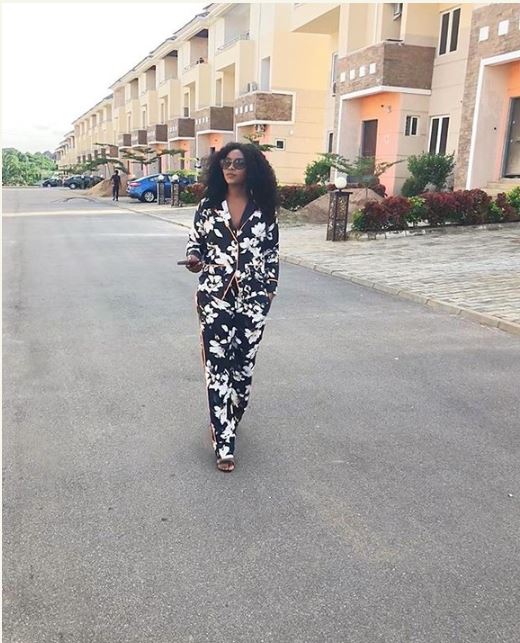 The source NG met at a function on Wednesday revealed that Genevieve Nnaji is not only living her life to the fullest, she is also fulfilled in her new business line as it is less competitive and very profitable. On when we should expect her back on the big screen, the source said Genny who has been rejecting scripts since last year may return anytime she likes the script presented to her.
Share
Share this...

Popular Rapper, Falz, Admits Being Single, Reveals Qualities His Wife Must Have

For the young ladies out there who hope and pray to bear Falz The Bahd Guy’s last name someday, the rapper-turned actor, who revealed that he was still single, has given details of her qualities.  While speaking in a new interview, multi award-winning rapper, Folarin Falana, popularly known as Falz the Bahd Guy, has opened […]

Alibaba Reacts To Statement By Senator On Nigerian Constitution

Comedian Alibaba has reacted to a statement made by Senator Olusola Adeyeye concerning the Nigerian constitution which he says can never give the country peace, progress and Unity. Olusola made this know during plenary at the red chambers on Wednesday in reaction to the violence experienced in Zamfara. “The truth is whatever a man sows, […]

Timaya reveals the only person he call a legend