BBNaija Final Voting Results are in!

Below is the voting result! Mercy Led with a really huge GAP! 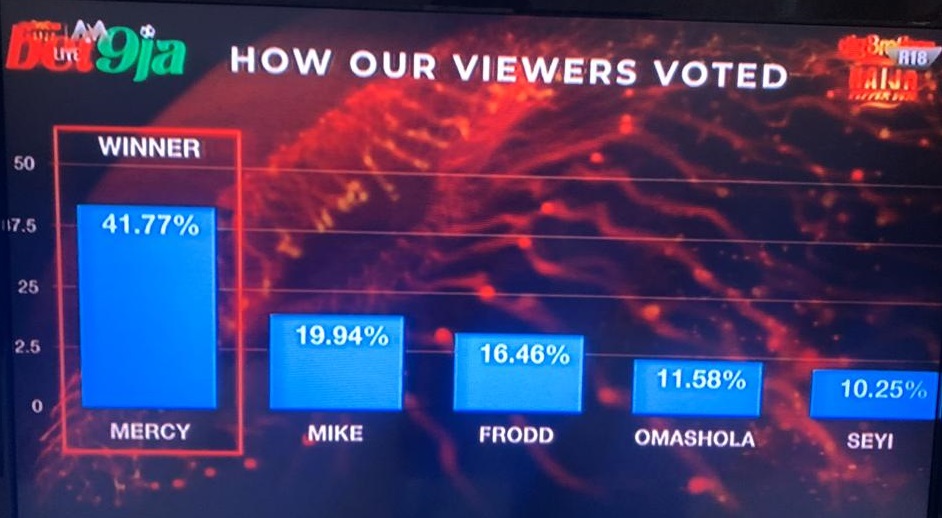 Mercy has been declared the winner of the Big Brother Naija Season 4, Pepper Dem Edition!

Mercy was among the Top Five Housemates in the House, and had the highest votes!

Idris Elba has disclosed he is planning on cutting down his social media usage because it’s now making him feel depressed. The British actor and DJ, 47, who is an active user of Twitter and Instagram told Fast Company magazine: “I’ve been trying to wean myself off. “I used to post a lot more, but […]

A young woman who claims to have a child for David ‘Davido’ Adeleke is back again as she pushes for a fresh attention.  Kemi Olunloyo has held a news conference for Davido’s alleged abandoned first daughter, Mitchell Adeleke. Since the child was born 5 years ago, Davido has denied being the biological father. Despite DNA test result […]

Jim Iyke Reveals How Many Actresses He Has Kissed

Popular Nollywood actor, Jim Iyke has revealed that he has kissed over 200 actresses on movie sets, and this shouldn’t come as a surprise to many. Jimi Iyke once confessed that he had kissed not less than 200 actresses while on different movie sets said he has a habit of kissing women openly, including his sisters. […]